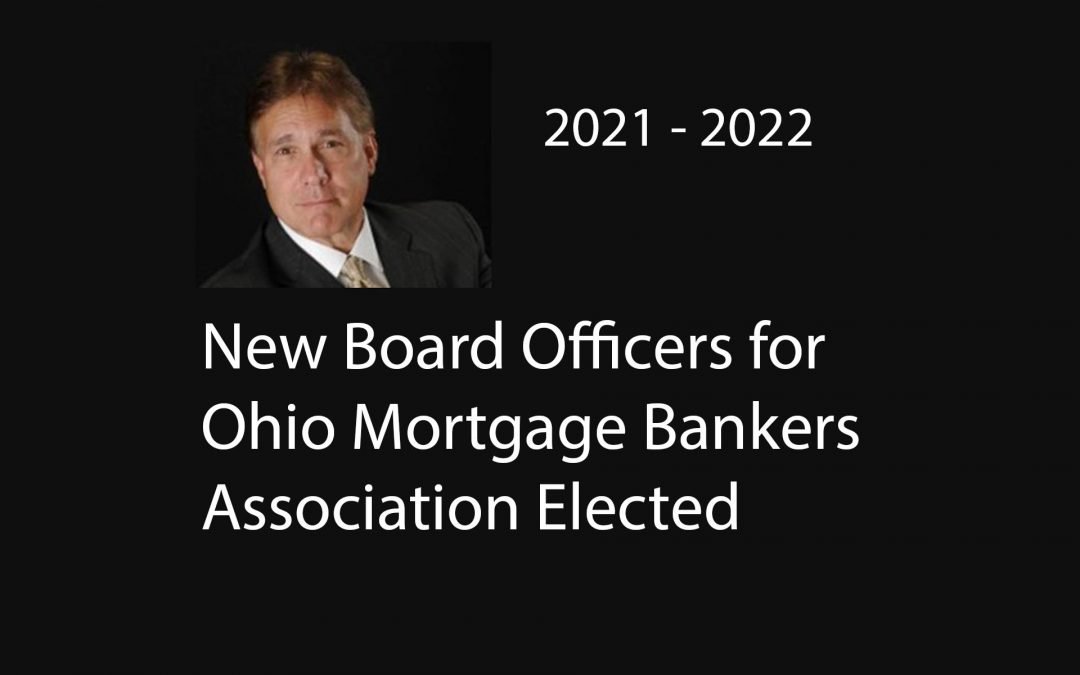 Ohio Mortgage Bankers Association is pleased to present our 2021-2022 Executive Committee Officers and two new Trustees to the Board of Directors.  Executive Director and COO, Jay Pascoe said in a statement “OMBA members voted unanimously to approve the slate of officers and the new trustees, and I could not be more excited to work with these individuals to further the agenda of the OMBA.”  Elected as president, Stan Foraker of First Commonwealth Bank.  Stan is the Executive Vice President and Mortgage Banking Executive for the bank.  Elected as vice president, Don Griffiths of Union Home Mortgage where he serves as Vice President of National Operations for the firm.  John Igoe, Founder and COO of First Ohio Home Mortgage was elected treasurer for the OMBA board and Andrew “Drew” Alurovic, Regional Manager of Sales for the State of Ohio with TCF Bank was elected secretary.

In addition, two new trustees were elected to the 15-person Board of Directors, Dawn Carpenter, Vice President, Mortgage Sales Manager with Peoples Bancorp and John Salter, Account Manager in Ohio for Arch MI.  Both Dawn and John currently serve on the OMBA Affordable Housing and Community Relations Committee for OMBA and will continue that work as trustees.

Kim Dybvad, Market Manager for Prime Lending and the 2020-2021 OMBA President becomes the Immediate Past President and will serve on the Executive Committee in that role until May 2022.

Officers and Trustees for the OMBA Board of Directors are elected each May at the association’s annual convention.  The slate of officers is picked by a nominating committee from all eligible OMBA member companies in good standing and are then voted on by the full membership.  The Executive Committee members serve one-year terms in each of the positions, while the Trustees serve varying terms, depending on their membership classification.

“OMBA looks to fill these positions from individuals within the association to not just occupy a board seat, but to work together to grow the association’s mark on the mortgage banking industry in Ohio, said Mr. Pascoe, and I know the membership elected the right people to do just that.  I am honored to work with such a great group of mortgage banking experts.”